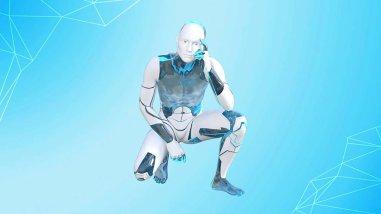 A computer program designed to work on its own to collect information through internet and carry out the monotonous tasks are called bots, pretty much that can be summarized about bots for the common man. A chatbot is a computer program, a humanized service, fueled by complex math and algorithmcontrolled by rules that can be interacted with, via a chatting interface.

Dynamic interaction on internet at various websites is another potential place where bots are being used and positively influence the milieu.

AI bots are the latest entities that businesses want to bank on to enhance the enterprise efficiency in their repetitive tasks in customer care, sales and marketing services. As per Gartner, a US based technology and advisory firm, by 2021 more than half of the IT firms in product innovation will be spending most of their capital on researching and creating bots and chatbots, replacing the raging demand of mobile apps development.

AI is neither a human behavior,an individual nor an emotional identity per se; AI is not a gender nor an isolated concept, rather AI is a technology.AI and botsare connected, yet distinct as well. Bots run on AI technology, inducted from the ecosystem they co-habit while interacting with humans. There are many AI empowered platforms, programs and processes that have no co-relation with bots and most probably will never.

AI and robots are being explored and exploited by many to sensationalize the overall robotic experience of bots. This tends to mask people’s myth and stall them from embracing the growing benefits of AI and role of bots in the user interface for enterprises to stay competitive and relevant.

AI is undoubtedly the most thrilling field in robotics, and arguably the most debated one too. Bots work on an assembly line, man-made machine on the thought process of humans and the abilities of human brain. Bots, using the elements of AI and cognitive automation can develop intellectual abilities to run the repetitive processes more efficiently.

Why make a bot?

A bot (shorter name of robot)definitely sounds cool and futuristic, either for work or for fun purposes. But does the idea sound realistic and practical enough to spend a magnanimous fortune of time, energy and resources to create super advanced technology that can be replaced or considered redundant later?

Not really, there is a huge market lying out there with umpteen opportunities. People are slowly shifting towards messenger and many such messaging apps rather than mulling over social media and this certainly is a start of new revolution. Messaging apps are where the future lies, and bots will be the moderators for people, helping them access and use the services.

The key concept is that customers will quite effectively communicate with user interface, be it a chatbot or a widget, for more engagement with brands and services with quick access to abundant profiles and without the hassle of too much of chaotic task of app installation or maneuvering through webpages. The entire technology is fueled by comprehensive marketing techniques, a massive prospective market for enterprises to tap.

Digital transformation, most exploited term in the recent past and to look out for in the current trends, is reaching a point of fatigue and hasdeveloped apprehension among people. It is ubiquitously insinuated, overtly used and ambitiously marketed by technology-oriented businesses to emphasize on the impact technology has had on social behavior, trends and on enterprises’ operational methods.

However, the word effectively in emphasis and action is, transformation. The perception changes with technology and with time.

What is then the perceptive approach to transformative technology currently?

The answer is YES.

Currently understated, yet there is tremendous scope for transformative technology for businesses as they move forward in Robotic Process Automation (RPA), loaded with cognitive capabilities.

RPA is not at all about replacing human taskforce, it is more about channelizing the human intelligence to highly efficient, ingenious and creative tasks; while the bots take over the mundane and cyclic jobs displaying much higher efficiency, speed and precision. Businesses, therefore are embracing the idea of transformative technologyat its nascent stage itself and will continue to do so for years to come by.

While the enterprise software budgets are growing at an incremental value of 4.1% annually, RPA software sales is predicted to explode from 2016-2022 at an exponential rate of 60%.

The digital workforce might be considered as a posing threat on a common man’s job. Yet the fact is, RPA is not a competition, it is a competitive advantage today. RPA will no more be optional in future for continuous improvement and automation.

A well-planned, structured, implemented and staffed bot velocity is the most crucial element for enterprises to enable the right pace while attempting to transform their processes using digital workforce.

As innovation has no boundaries, we are capitalizing on the RPA market, a trend that we as best-in-class service brand consider to be a humungous opportunity to serve our customers better. When you want to automate your processes, task or activity, CMS IT is the best choice! Our bot club is more intuitive with customized attributes for your business vertical, process type, required application and cognitive ability that can be used as simple as Google Search.

Bot paradigm shift will be much more disruptive and fascinating than the gone by decade that witnessed the shift from ‘web to mobile app’.

The fact that bots are the next big platform in AI to help humans work more efficiently while advancing into the better world of transformative technology is the prerogative to be dwelled on and explored more competently.

Unless AI is intended to be biased and positioned rightly whilst leveraging the bot economy, AI and humans will co-exist, wired to be ethical and to ward off commandeered malicious moto.