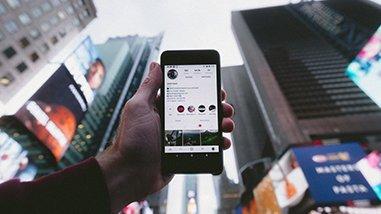 Do not miss a Beat
The world has shrunk into an always-on data and knitted into an information network through internet. Data is everywhere, in all facades of life. It is this data that is streamed and connected for better solutions through analytics, helping organizations into better efficiency and building cohesive connect among devices in personal space.
The Internet of Things (IoT) is a concept of gathering and sharing data across various physical devices for actions to be taken through the network. Be it an industrial machinery or a wearable, the built-in sensors transmit the gathered data for an action to be taken across the network. It can be a prior alert about functional failure of any equipment resultant of minutest of error somewhere in the part, or automatically controlling the heating and lighting system of the entire building. In simple words, IoT is making lives easier through intelligent cognizance without human involvement.
The term Internet of Things was casually coined by entrepreneur Kevin Ashton in 1990s and since then it just stayed on and became a growing technology ever after. IoT breaks the barrier of physical and digital worlds, integrating the humanness of ‘things’ to the digital quantum of information system ‘Internet’, thus the name. IoT garnered interest in manufacturing sector for machine-to-machine application, but since then has taken over every aspect of business and life through smart devices; thereby digitally transforming every aspect of personal life and enterprise.
Benefits for Consumer
IoT has already have more things connected across the planet than people. Going by analysis of Gartner, in 2017 more than 8 Bn IoT devices were used, 31% higher than those used in 2016 and the number is estimated to cross 20 Bn mark by 2020.
Manufacturing sector has leveraged high-end sensors’ capabilities via addition to various components of machinery that can monitor and transmit the data on performance and possibilities of damage for proactive actionable and effective monitoring. In addition, organizations have enabled the data generated in making newer systems and enhance efficiency of the overall supply chain.
Business led IoT usage can be categorized into two segments: industry-specific which mostly focus on sensors for real-time location or data generation, secondly those that are vertical-specific such as the IoT smart devices that can be used in lighting and temperature control or security system across any business.
Privacy and IoT
The amount of data generated by the IoTs can tell what time a person wakes up to what is cooking for dinner through the standard data of smart fridge, smart over and so on. What happens to the data that is collected by IoT devices is a primary concern of privacy. Security is a critical aspect since the sensors collect sensitive data 24/7. Its quite easy to breach into the basic security tracks through encryption data in transit and at rest.
Since IoT is a bridge between digital and physical world, a security breach or hacking of these devices can result in catastrophic fall out. The security systems, complete infrastructure and classified information of a country and its citizens can be exposed to adversaries or fall in wrong hands due to the ubiquitous ecosystem of IoT. The added devices of thermostats, cameras and speakers can act as potential spy elements, transmitting the data and key information to unknown centers. The key factors of national infrastructure and security could be at jeopardy if the devices are not adequately secured.
Cyberwarfare and personal security could possibly be compromised due to IoT devices by harvesting and disseminating the big data if not dealt cautiously.
Conclusion
The impact of IoT has been mammoth and yet it is just the beginning of it. What needs to be more prudently thought about and implemented is more than the internet of things. Intelligence of things must take precedence in the future technology by infusing analytics into our systems and applications for the data to be more valid than mere collection of it yet remain highly secured.
Reference
https://www.sas.com/en_us/insights/big-data/internet-of-things.html
https://www.sciencedirect.com/science/article/pii/S0167739X13000241
https://www.zdnet.com/article/what-is-the-internet-of-things-everything-you-need-to-know-about-the-iot-right-now/